Why Does All My Student's Artwork Look The Same? Part 2

This is part two of a week long series on choice in the art room...

"I spent some time questioning concerns I had in my own art program and was surprised to learn the culprit."

While looking over my student’s art some time ago, I noticed that all their work looked the same. Their art was more than similar, it was unrecognizable as individual pieces. When I placed all the art on the table, I couldn’t tell which work belonged to which student. I had to turn the papers over to see their name written on the back. On more than one occasion a student would forget to sign their work. I would hold up the art and ask the class who had created it.

Not only are the above works by two different students, the are from different classes 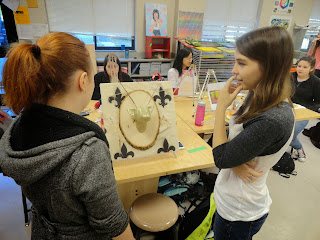 Not long after I had come to this realization, I saw a tweet on Twitter that read, “If you get 25 of the same thing from students, it's not a project, it's a recipe.”

At first I let my ego get in the way and thought this was harsh. However, the more I thought about it, the more I realized it was a true statement. I was giving them all the same project with the same materials, the same size paper and the same desired outcomes. It should have been little wonder that their work all looked similar. By my doings, they weren’t making art. They were following my recipe. 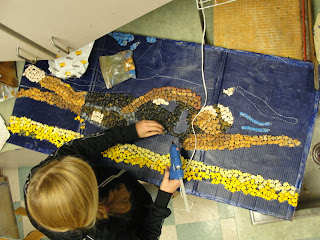 Recently, I began giving my students theme-based assignments and allowing them to decide what materials they will use to create their art. I replaced the step by step instructions with open-ended questions that challenge them to respond with creative solutions.

The results have been outstanding. Where before I couldn’t tell two works apart, now each project is created in a style that is unique to each student. Their works no longer resemble exercises in the elements and principles, but rather true art that is personal and meaningful to them. 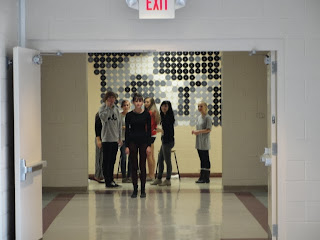 "I'm no longer interested in teaching art but rather making artists." ~ @iansands