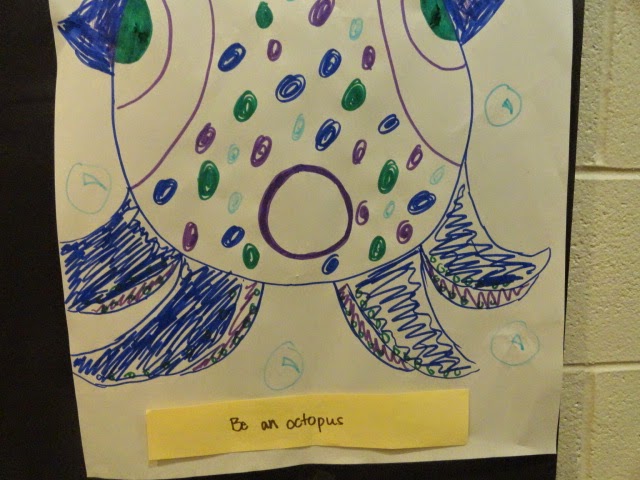 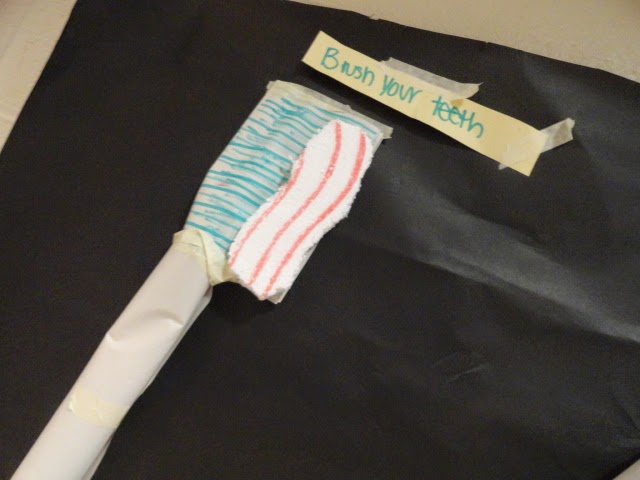 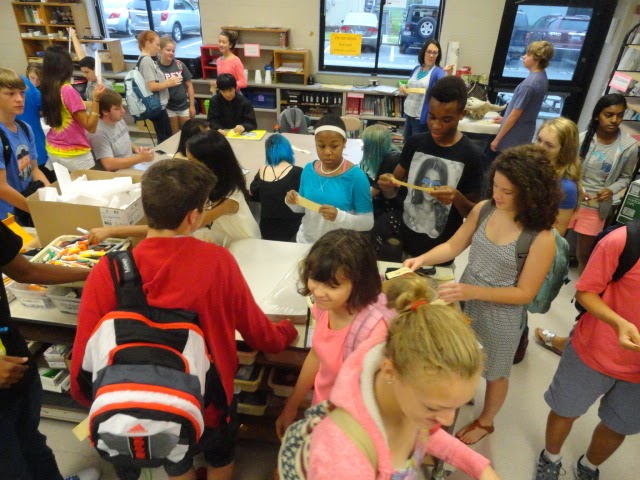 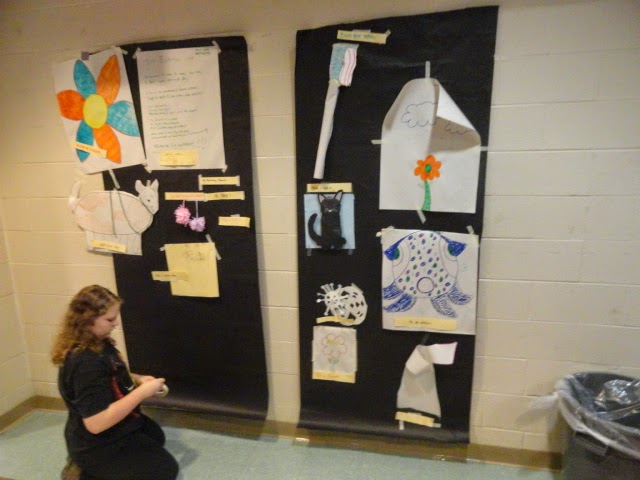 Whether you are brand new to Apex Art or going to be taking your third or fourth art class, there are certain things we all have in common. Here is our Top Five List of things every Apex artist should know!

If you are new to Apex Art you should know that all Apex Artists create and maintain a blog. This year we are are switching over from our old blogging platform, blogger, and migrating to a new platform, Weebly! Weebly is much easier to use and allows for multiple blogs on one page. This means you can create buttons for all your different art classes!

Want to get a head start? Create your Weebly blog today! Make sure you set it up right by following along with this easy, short online tutorial!

Are you in an advanced class and already have a blog? No problem! You’ll have the option to either switching over to Weebly (recommended) or keeping your old blog. Talk to your art teacher.

Sketchbooks are used for everything from completing warmups to creating thumbnails, designing projects and even storing references. You'll need your sketchbook almost every day so you will want to get one right away.

You might even consider buying a sketchbook before school starts and the mad dash is on! Look for a spiral bound sketchbook as they tend to hold up better than the others. 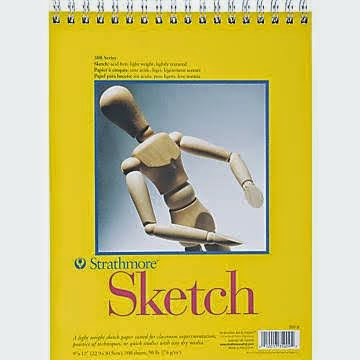 The Art of Apex Portal is a one stop website where students can find art inspiration and easy to follow online tutorials. The Portal is divided into four sections.

What Should I Created: The first section of the portal is an extensive lists of links designed to help the student search and find inspiration for an upcoming project.

How Do I: The second section contains an organized list of short (less than five minutes each) video tutorials to bring the student quickly up to speed on all sorts of art techniques.

What I Think: This section describes the Artist Behaviors every Apex Artists will need to know. We uses this information to grow as artists and evaluate our work when writing our blog posts.

My Class Website: Last but not least, this section provides direct links to each individual class website. 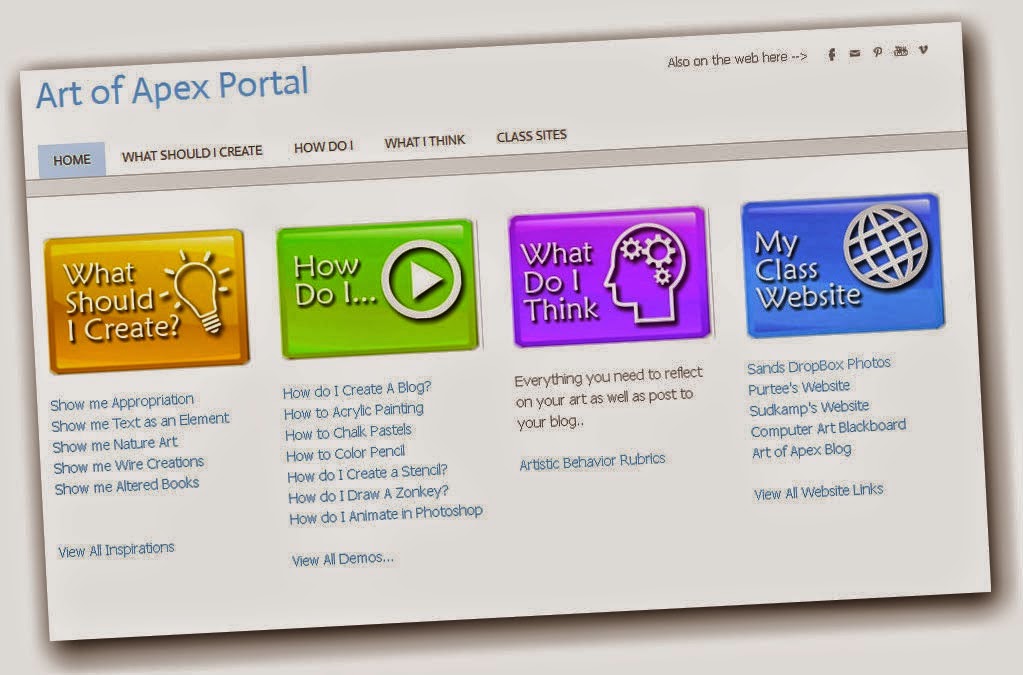 If you are basic, don't worry! There is a short video explaining how to not be basic. Watch it now!