The Boy in Blue: Image Transfer on Canvas

For this project our theme was up close and personal. When I first thought of that I thought of noses. To get my reference I googled up close pictures of noses. As we all know google never comes up with exactly what we ask for. The search came up with noses all either too close or too far away for my liking. There was one picture that was a  picture of camera taking a picture of a nose. I then changed my focus to cameras. I googled cameras and it also came up with security room screens. And thats what I decided to do. I painted a wall of blank screens on to 3 separate canvases and took 33 pictures of my little brother. 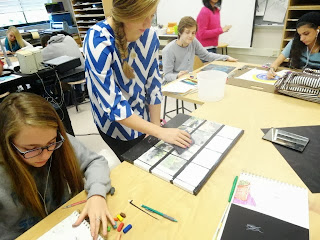 I demonstrated emphasize in my art work by going over my little brothers blue shirts with a light blue water color. This emphasized that it was the same kid in every picture and made him stand out. Oddly enough I hadn't planned on making everyone of his shirts blue in the pictures. It just happened that almost every picture I had token of him he was wearing a blue shirt. 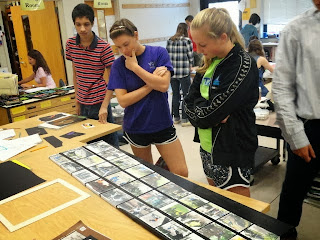 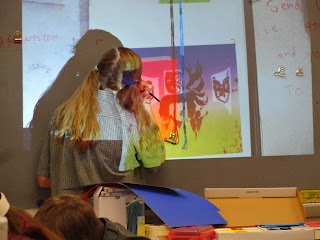 My idea for a sticky situation was to have an antelope surrounded by 4 tribal masks holding spears. The "stickyness" of the situation would come from the fact that the antelope was about to die. The theme of repetition was represented by the multiple masks. In this picture I had to project the image I had created in photoshop onto the canvas(don't judge me on what I was wearing it was inner nerd day at my school). During this first part of the project I learned a lot about photoshop. 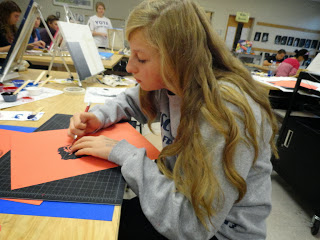 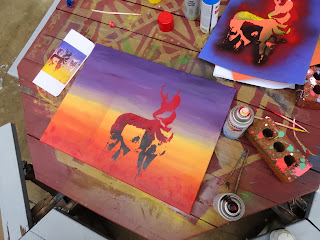 When this picture was taken I had just spray painted my antelope. During this part I literally stopped breathing because I was so nervous. 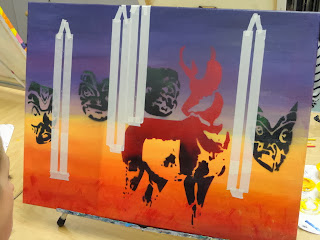 After I had finished spray painting my masks and antelopes, I decided that I needed to add spears to make it more clear of the masks intentions. 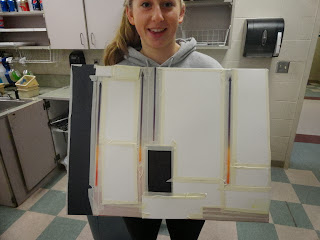 Not wanting to carve out another stencil, I "simply" covered all of the area that I did not want sprayed. This took a little bit longer than I had originally expected..... 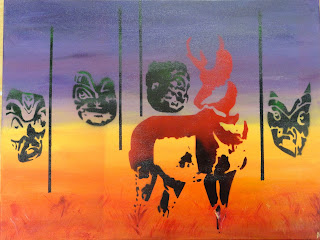 I was very pleased with how the final piece came out. I learned a lot about how I could use different mediums together.