"If you copy methods or basic concepts than it's okay. Copying exactly what someone else did is not," was my previous answer to this question. My new opinion builds off this idea. I now feel that copying is okay depending on the extent of said copying. To me there's a huge difference between taking a piece, copying it, and adding one or more elements that are different verses copying something exactly how the original creator made it. The slightest difference can change the mood or message of a piece and therefore making it a completely different idea. 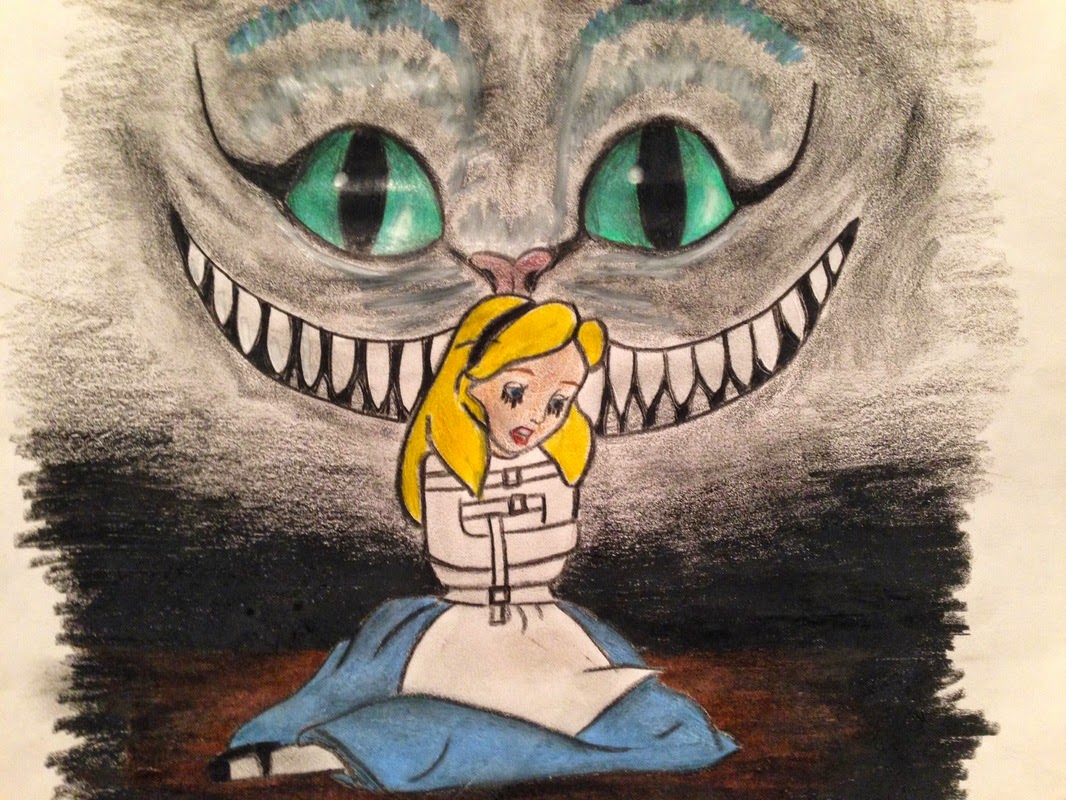 My character remix was based on Alice from "Alice in Wonderland". I decided to make her as an asylum patient because lets be real, if some girl was to tell people about her experience of falling down a rabbit hole, stalking a talking rabbit, and meeting a queen who has card soldiers, her mental stability would be questioned. I also decided to add the Cheshire cat's face in the background because I wanted it to look like the memory of her experience forever haunted her slowly driving her more insane. 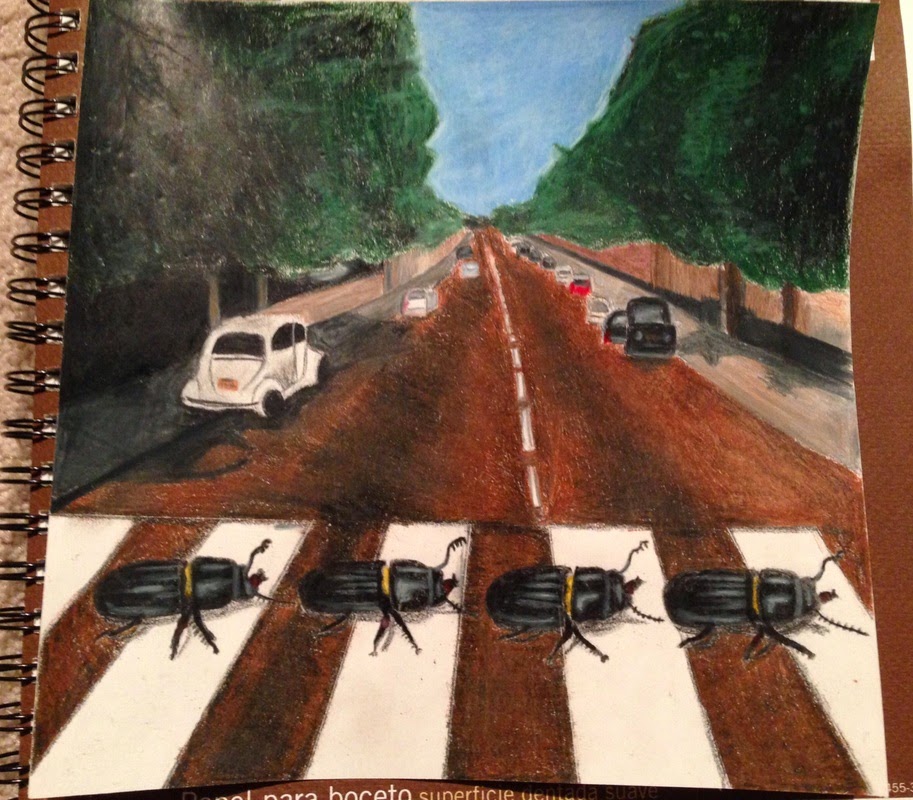 For my final project, I decided to make the Abbey Road album but with actual beetles as The Beatles because  a) i love The Beatles and b) puns are great. The value I think my piece beings is a fresh take on an iconic image. It's the literal version of the cover. If someone, who didn't know much about The Beatles, was asked to imagine The Beatles crossing abbey road they would mostly likely imagine something like what I created. My piece is a different perspective of "The Beatles crossing Abbey Road".

View more of Sarah's art on her Blog!