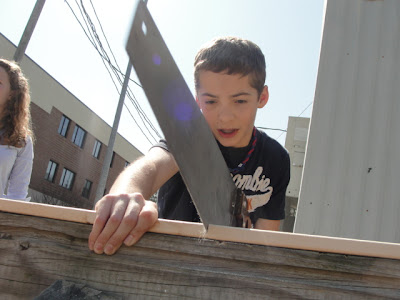 So I gave Tyler a saw so he could cut some wood which he will use to make a frame which will house his stencil art. It's gonna be cool. 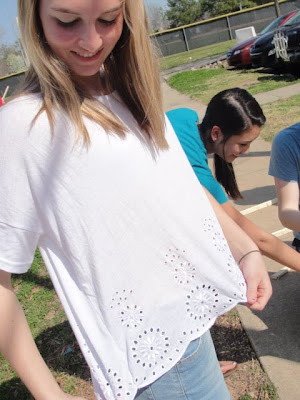 Bri had a cool shirt on which I thought would make a real nice addition to our stencil projects. I told her she should bring it in tomorrow so we can spray paint through it. 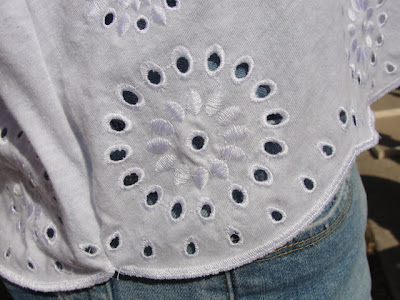 She didn't think that was such a good idea. 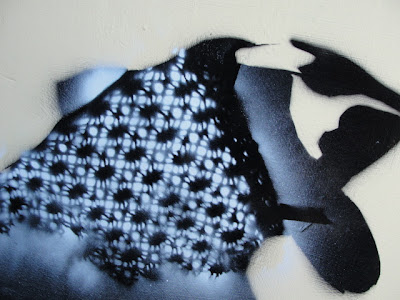 Well, maybe not her shirt cause it is new but we tried this with an old shirt and the effect worked pretty neat-o-keen. don't you think? 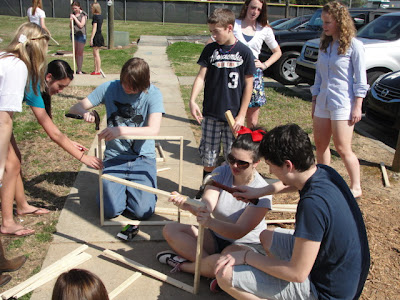 So you kids keep building your frames and we'll pick this up again tomorrow..
Posted by ian sands at 12:21:00 PM

Email ThisBlogThis!Share to TwitterShare to FacebookShare to Pinterest
Labels: art one, stencilstop14