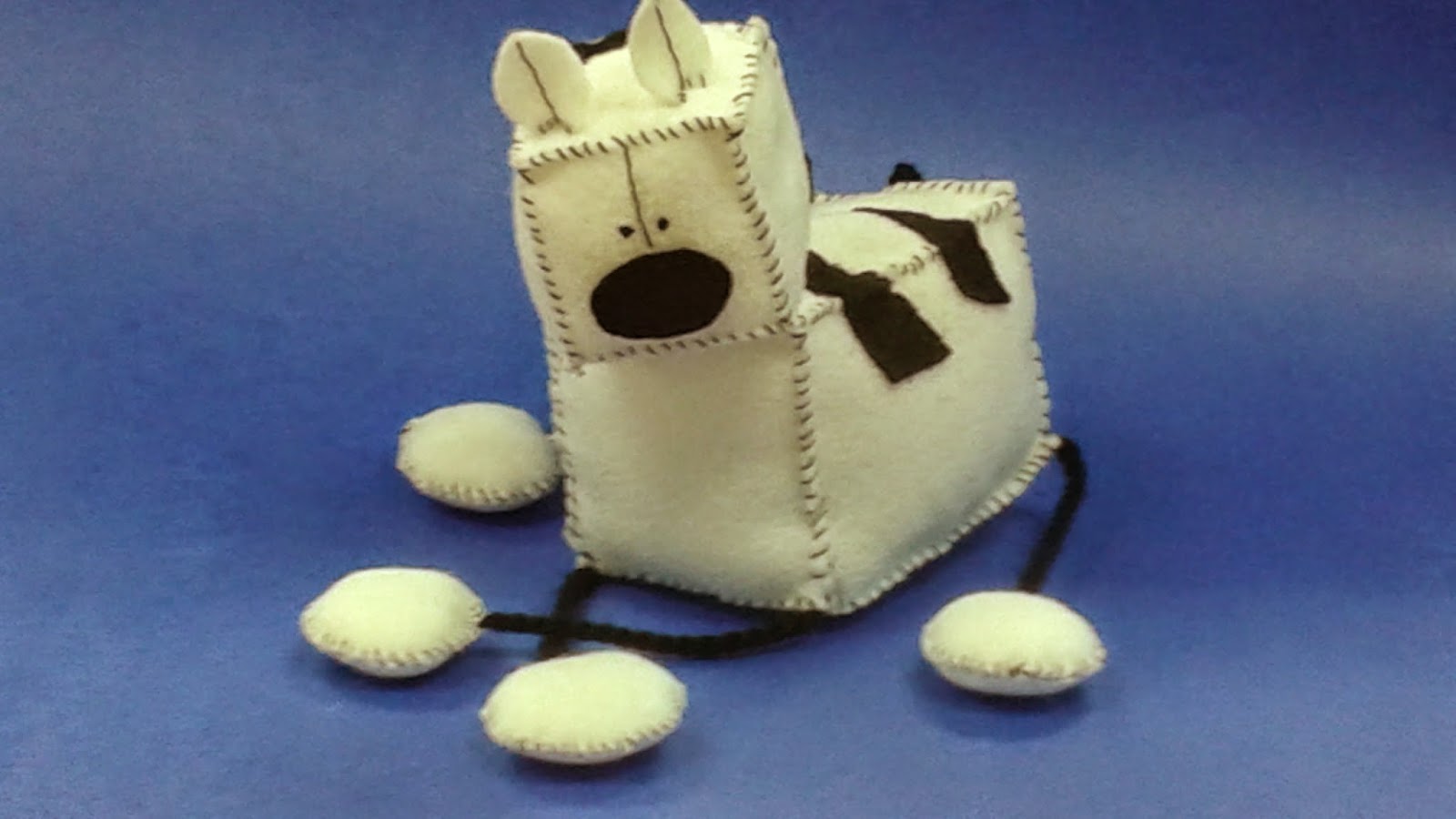 The Zonkey, yes a real animal a hybrid mix of a zebra and a donkey, has been a staple of Apex Art Teacher Mr. Sands' critter drawings. Sands has painted Zonkey on a bus, on a billboard and on his business cards (see below).

Still, Sands has always had one problem. Translating the 2D drawing to a 3D creation. Though he tried numerous times, he was never successful in his attempts. 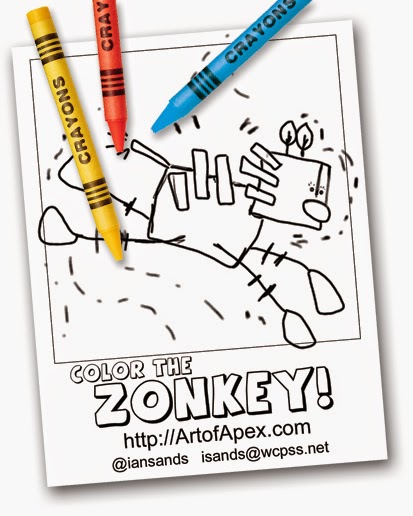 Finally today, the vision of the 3D Zonkey was brought to fruition by student Megan. You may remember Megan from such classes as Art Two. 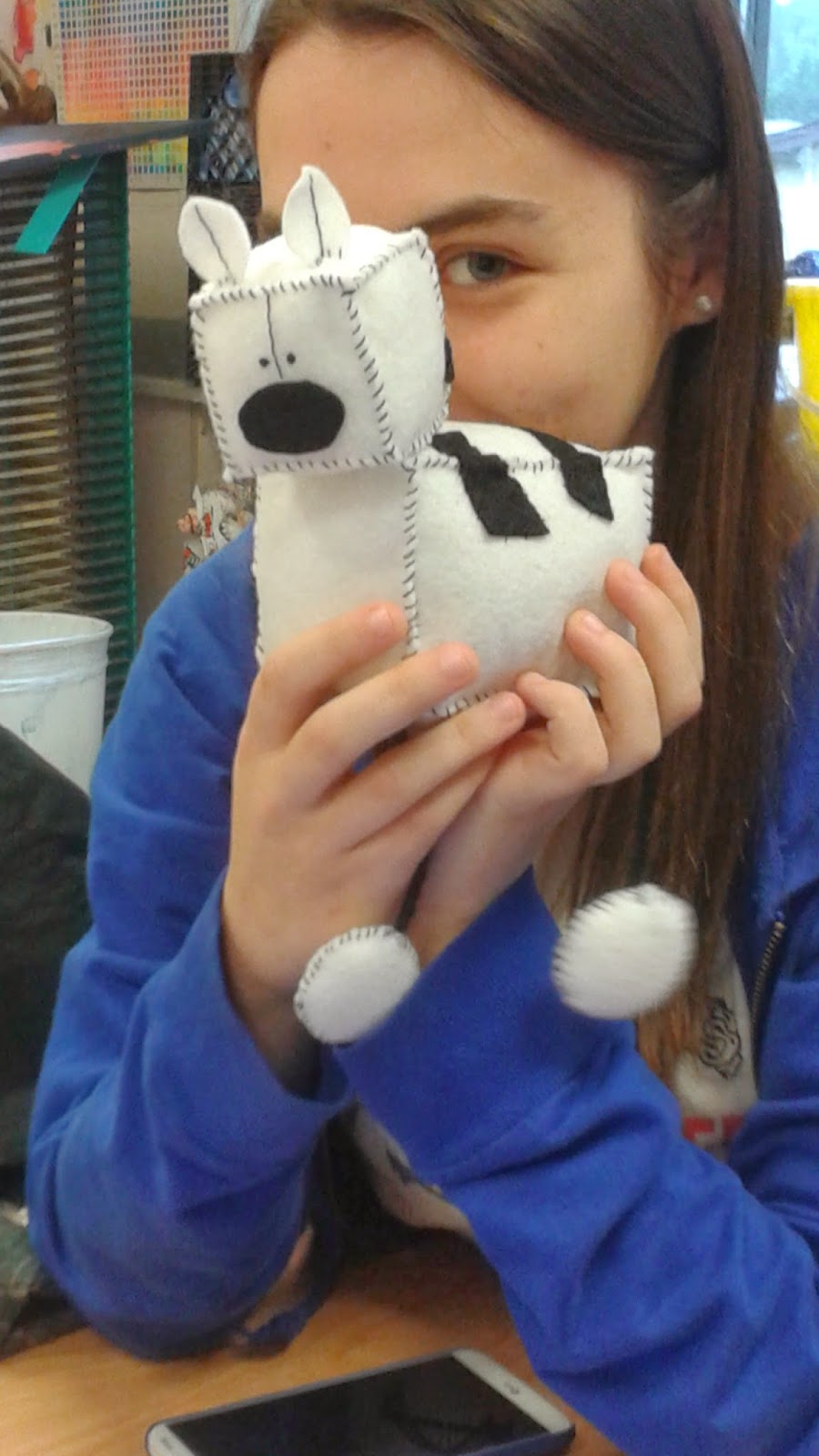 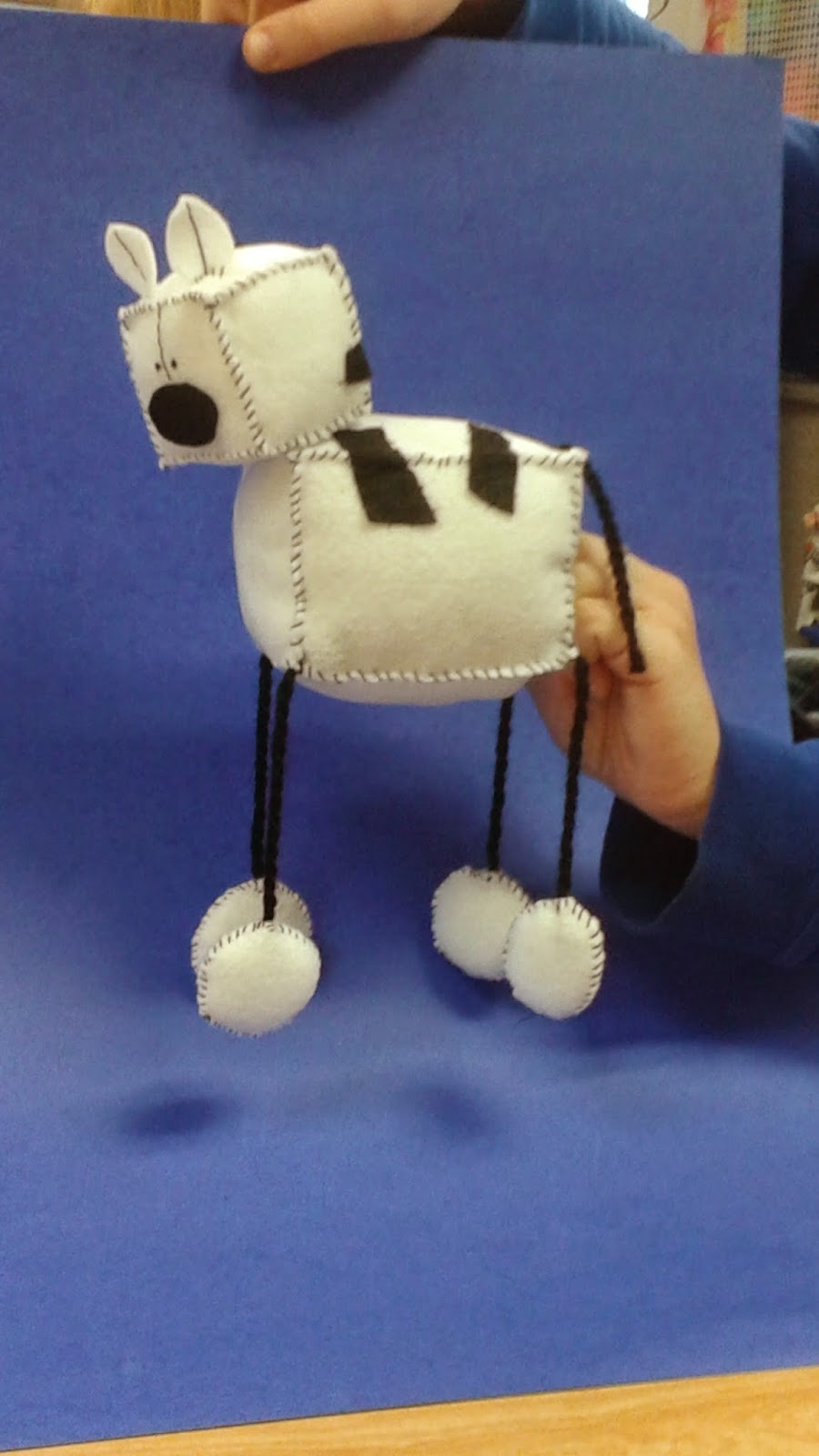