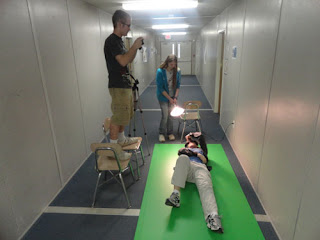 We had a green screen donated to Apex Art and we are putting it to good use. The green screen will make it a lot easier to cut away the backgrounds....Plus, they are cool. 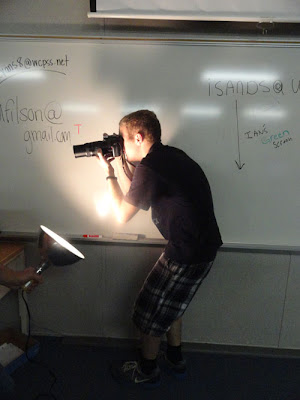 If you say the whiteboard, the person will probably walk away in disgust. However, if you say the green screen, they might take you out for lunch so they can ask you all about it. 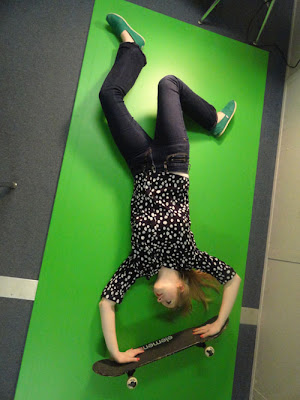 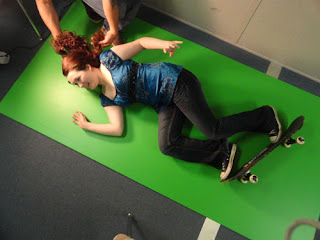