from Virtual 123D to Literal 3D 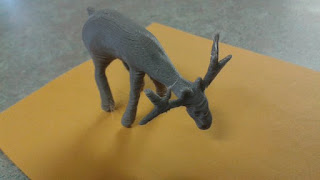 This is the third test of our  Makerbot 3D printer and it's an important one. For this test I wanted to see if we could take a creature created in 123D Creature on the iPad and turn it into an actual 3D object. 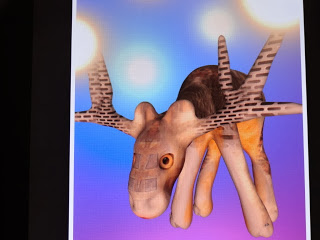 It started a a virtual moose created using 123D Creature on the iPad. From the iPad we were able to export the mesh. The mesh was easily imported into the Makerbot software to prepare for printing. 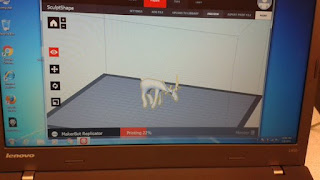 The 123D Creature file was exported as a .obj file. Once imported into the Makerbot software, it was easy to rotate and scale. The software also allowed us to decide which way to rotate the creature so it uses the least amount of supports, saving filament. This is still something we're learning about. 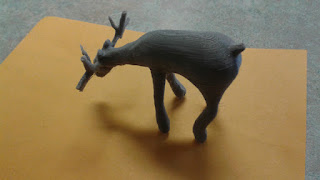 The final result is this very cool little moose!
Posted by ian sands at 1:18:00 PM