Back to Making Art.. (I Think) 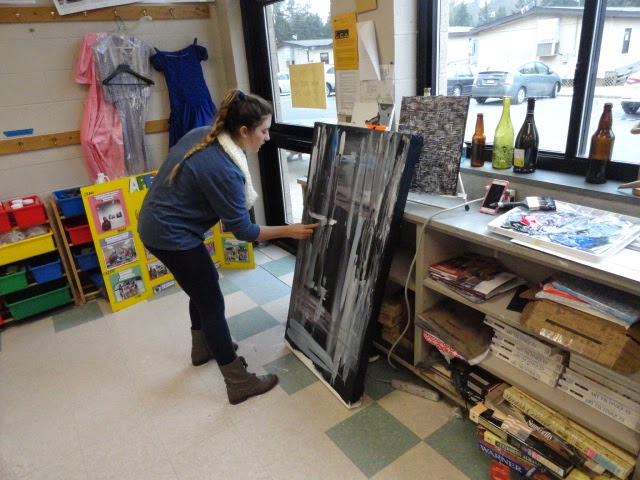 The last two weeks were basically spent at home. It's been snow and ice and ended up being 8 snow and ice days. This week it seems like we are back to work. What are they working on? I sort of have a general idea. There is a lot of activity. that's good.

Like the large painting being worked on above. She has been methodically attacking that canvas. reminds me of watching J Pollock at work. 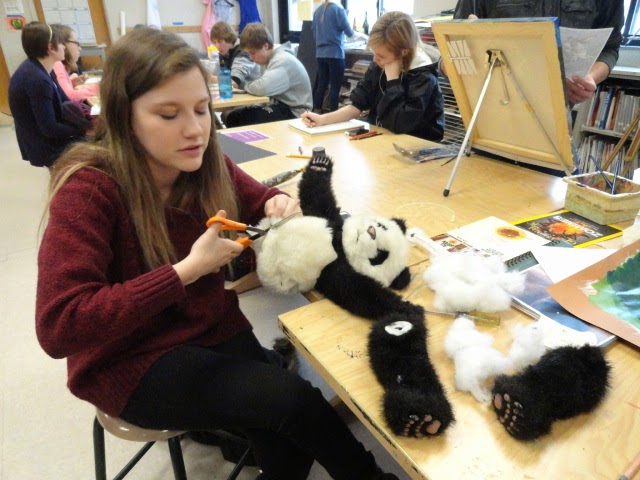 I'm pretty sure that bear had it coming. Actually, she is going to try out the Ross Bonfanti method of cement filled stuff animals. I'm actually pretty curious to see how this turns out. 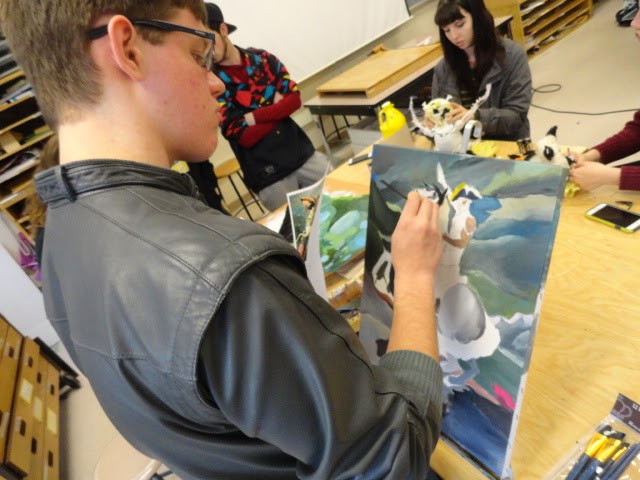 He is working on a painting as part of the Artists Steal Unit. Recreating Napoleon Crossing the Alps crossed with the Old Spice guy. 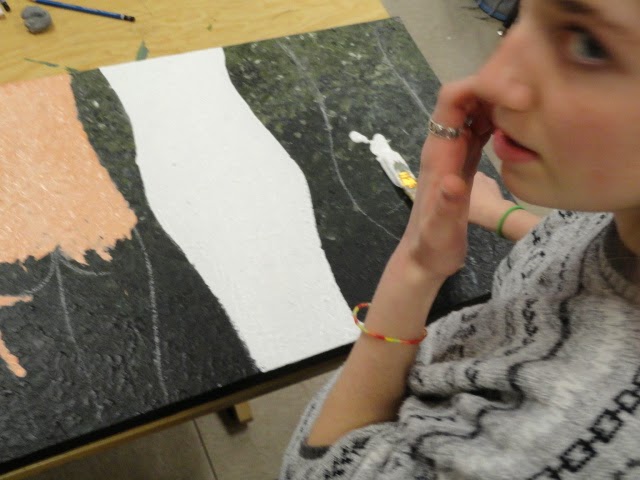 It's a painting of butts as part of the Text Art Unit. Very 'cheeky'. 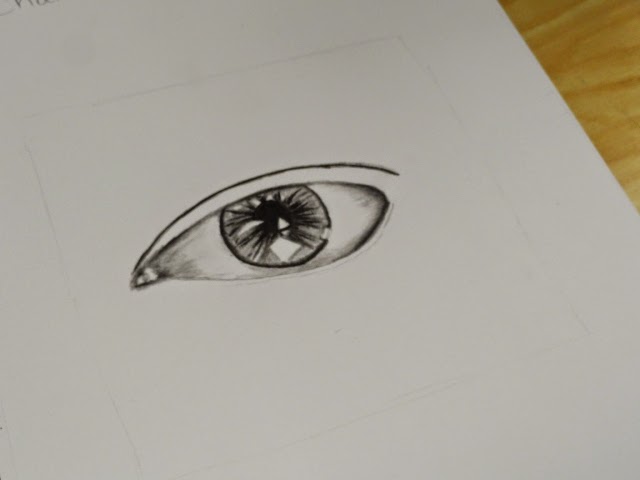 As part of the Artists Observe Unit, we had a discussion about how to draw eyelashes (eyelashes not shown). 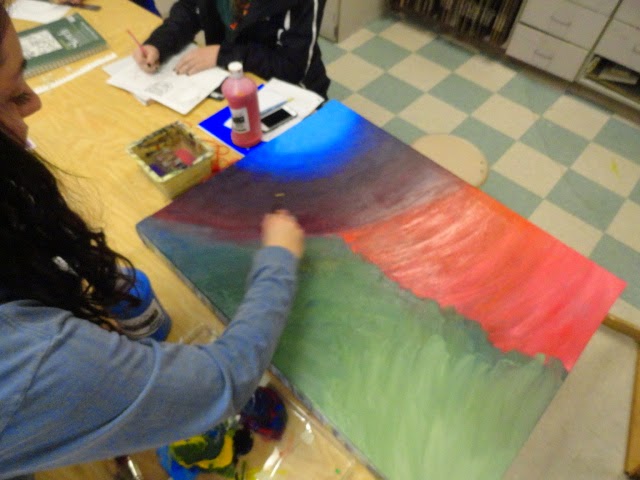 The background for a painting.. She's not sure exactly how it will turn out but she does have a sketch.  Stand by... 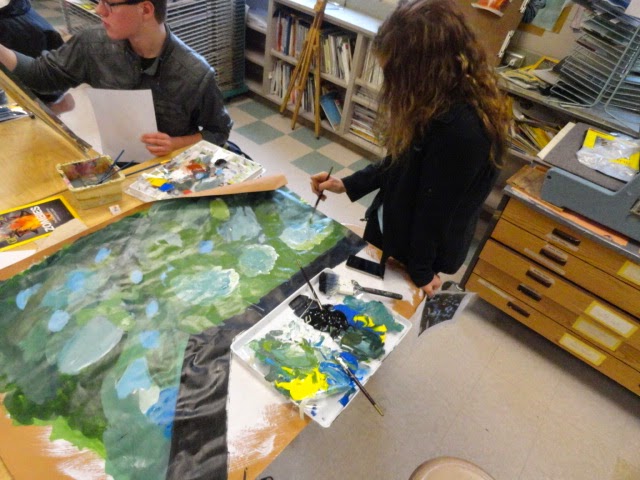 And in similar fashion.. the background for a painting.. She's not sure exactly how it will turn out but she does have a sketch.  Stand by...
Posted by ian sands at 4:03:00 PM