For my Artists Solve Problems final, I chose to take risks and do something really unfamiliar. I limited myself to doing only light drawings and then having to layer them altogether to create a final image. This was my problem/limitation that I had to overcome, which I did, by just changing my plan a bit and getting some help along the way! Originally, I was going to draw the entire skyline with a light and that was a struggle, but this was still something I really wanted to do.. So, I decided I would take sheets of paper, cut out an outline and windows and then layer them all for the final using Photoshop. I had some help photographing along the way! 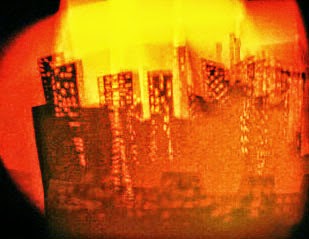 I applied different opacities, brightnesses, etc. to each one. The one above, I believe, is my best.

So after I had finally finished my light drawings and had all of my images I came across my next problem... Photoshop. Something I was really trying to avoid... I don't know why, but computer art and using Photoshop really intimidate me. Like I said, unsure of the reason, because I know that it can really create some amazing stuff and I edit photos all the time. But just having to create an entire project with it? Like I would have nothing unless I sucked it up and layered them together. 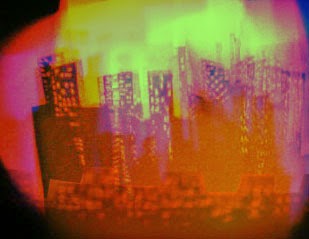 Even then, I didn't know how it would turn out, I could still end up with really nothing or something awful, and I tried to convince myself to not do it. I think it may be because I sort of struggled with the technology unit in Art 1? But back then I realized you could do some amazing art, and I had fun with it, but that was when I had a step by step tutorial, this was just a free for all. 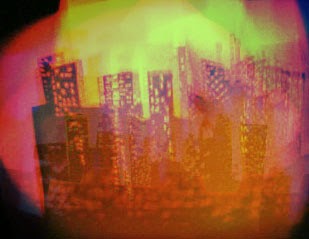 So, with the help of an expert, Mr. Sands, I was able to learn some really cool Photoshop skills. Sure they were pretty basic, but, I feel like I've come away from this with a new technique and I was really glad I experimented with my art making process. This is definitely something I have never tried before, and because of that, the outcome was something I've never gotten before and I am really proud of my final pieces! Here they are:) 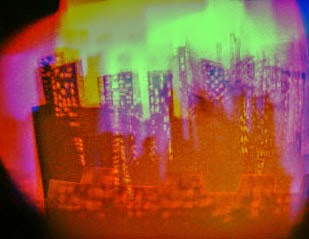