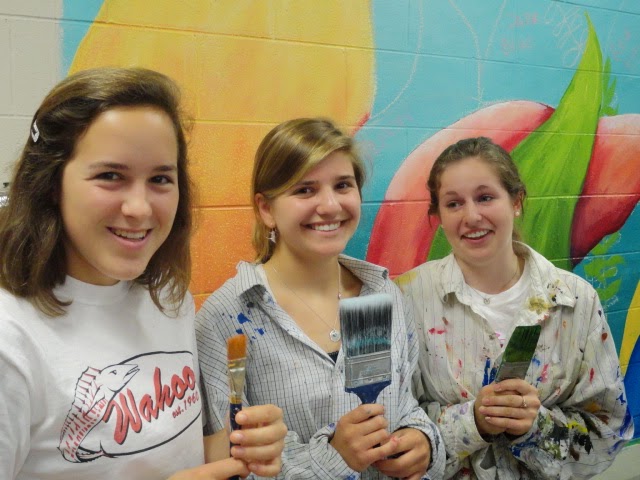 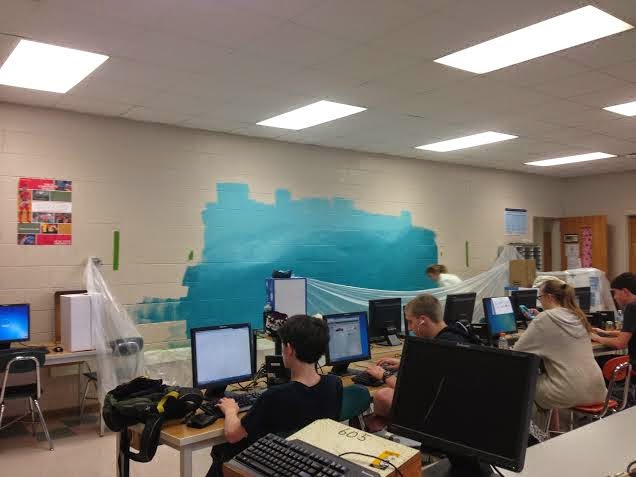 Instead of working on the Parallel assignment, I'm creating another mural, a project that spun off of our previous chalk mural.

While Hannah, Jessica and I were working on our chalk mural in the courtyard, a teacher approached us about working on a mural in her room. She teaches computer classes and said that for years she'd been wanting to paint a mural in her room to help make the technology classes more appealing to women. She explained that women make great programmers but they often don't chose that course of study because they feel uncomfortable in that environment/ feel as though they don't belong . 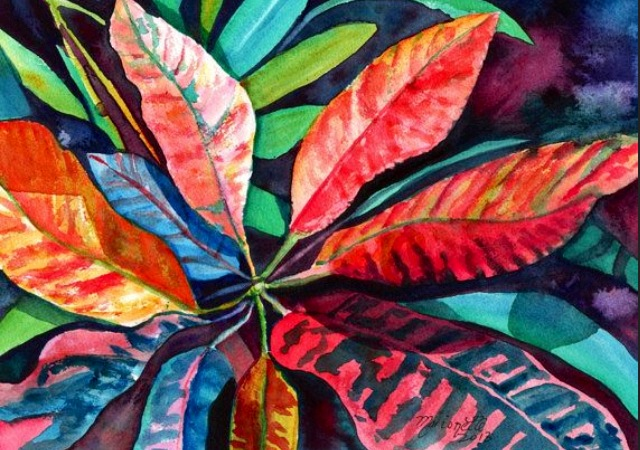 Later in the week we went to look at the wall she had in mind and started sketching out our ideas. At first we were thinking about doing a landscape of some sort, but then Hannah suggested something more graphic and bold that would have a larger impact on the space. She found this picture for inspiration (see above). 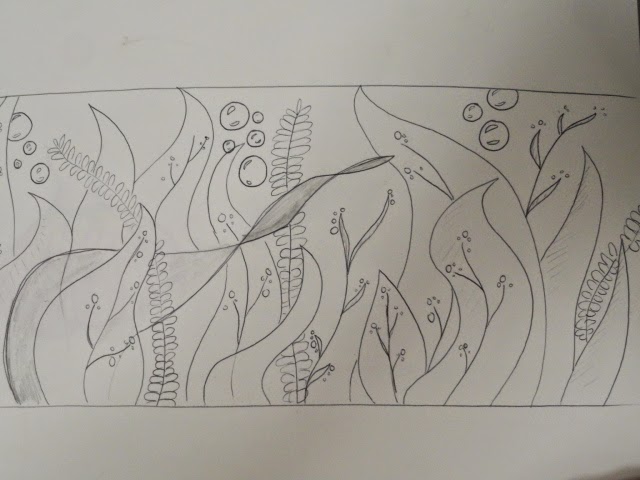 We loved the bright colors and the organic shapes, and plan to also incorporate bubbles and fish to the leafy background. Instead of using the darker hues as our background, we switched to turquoises which girls in the class said were more appealing to them. 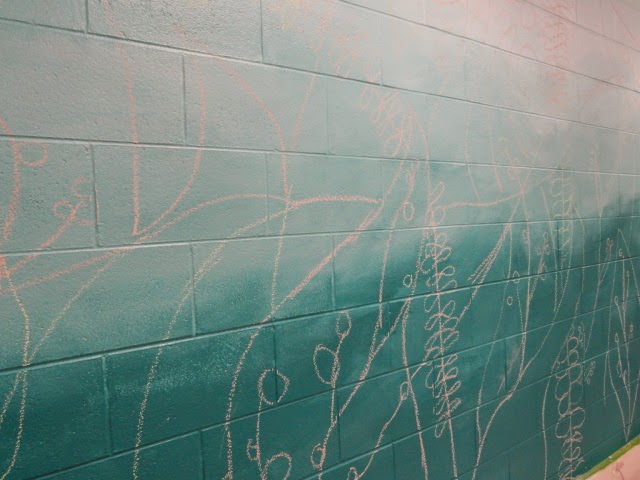 This past week we started painting the background color of the wall, a mix of three tints of turquoise. We also blocked off the wall to look like a portal to further the illusion of being under the sea. 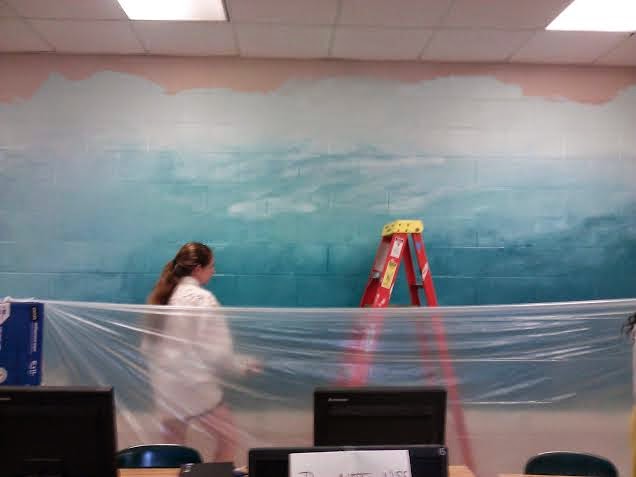 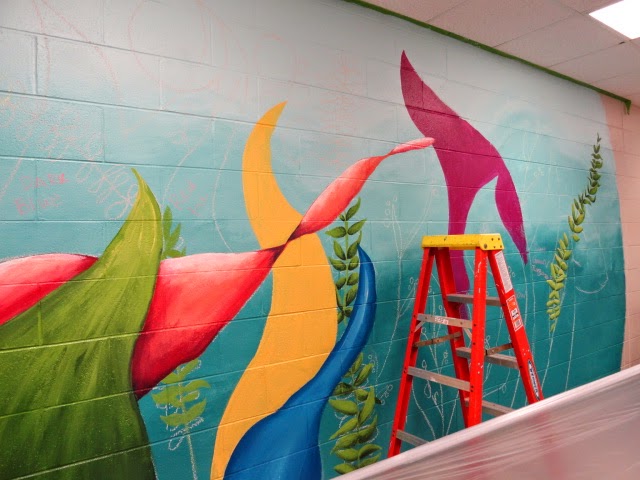 See more of Rachel's Art on her blog!