For the Parallel Project, our artists were asked to find a news story and create a work of art that uses metaphor and allusion. Here is a look at a few of the sketches and works in progress. 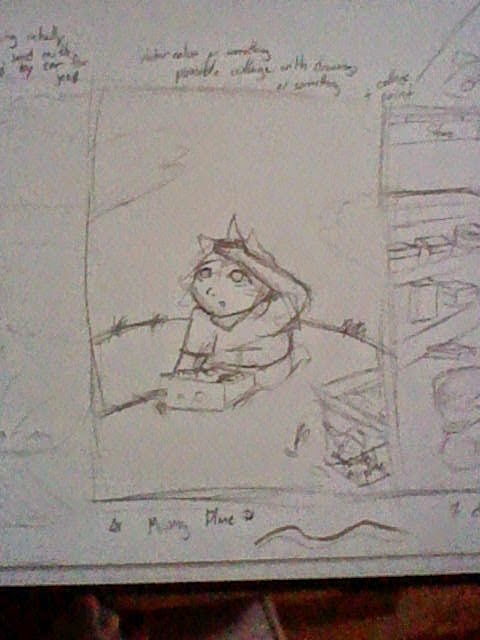 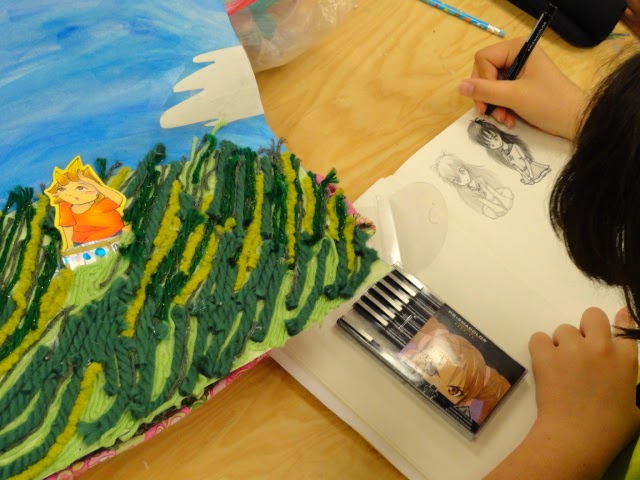 "I had the idea of using the airplane that went missing. I'm making a multimedia of a boy looking up at the sky with a remote control in one hand. He's searching for his model airplane, but it's nowhere to be seen."  ~ Brittany 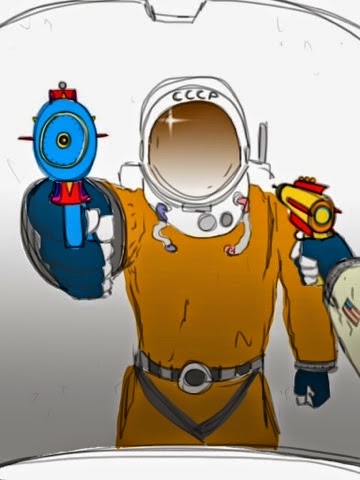 "This piece of artwork will represent the hasty tensions between the United States and Russia during the Space Race in the '60's. The metaphor is to be that it looks like a comic and that they are threatening each other with Ray/Space guns". ~ Jacob 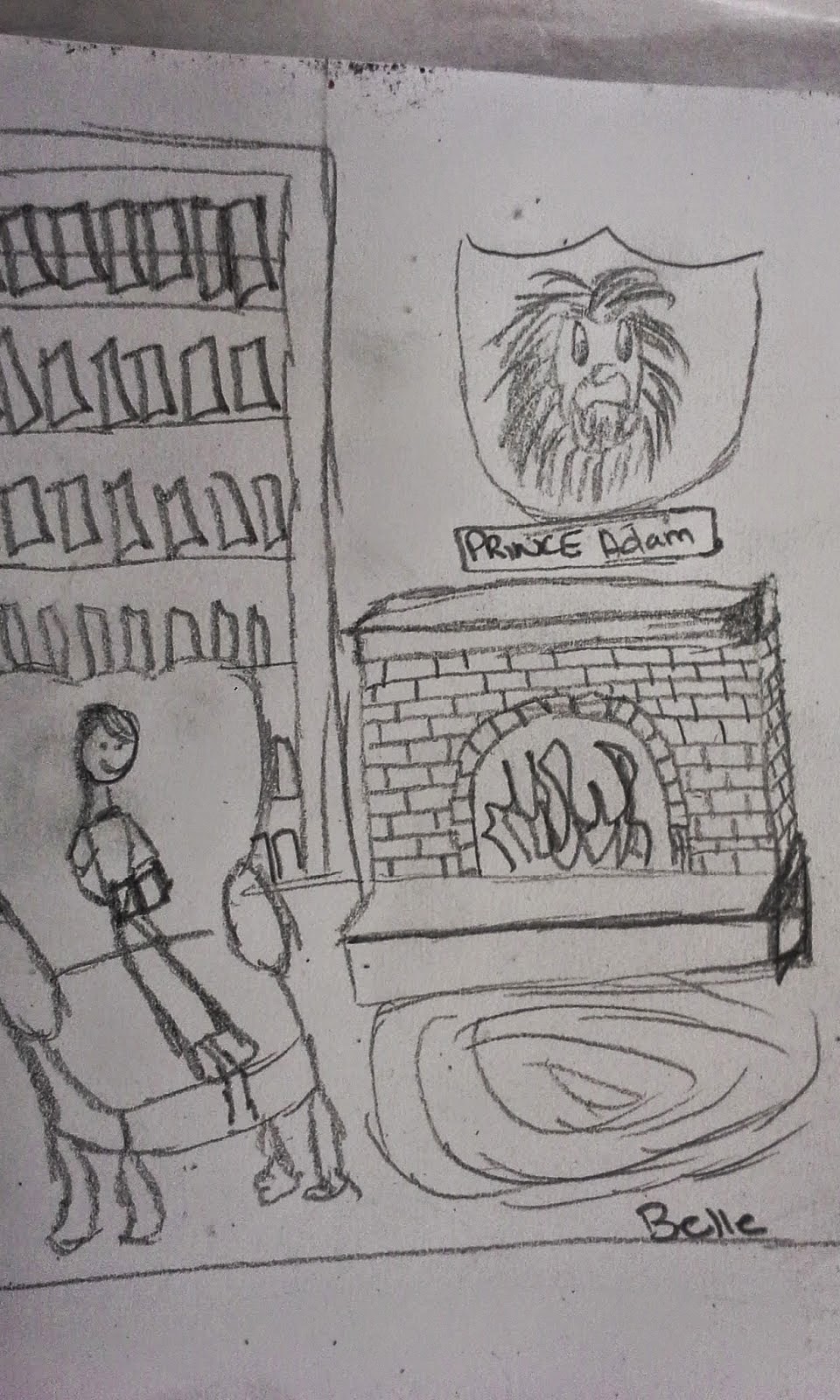 "I decided not to pick a specific news story to base my project on, but a modern downfall. I chose to use the idea of unhappy marriage and put a fairy tale twist to it. The idea I'm going with is Happily Never After. This is a series of 5 works that show how the Disney Princesses don't get happy endings either. For Belle, she will be sitting in her library reading with a fire roaring in the fireplace and Beast's head mounted to the wall like a trophy." ~ Ryn 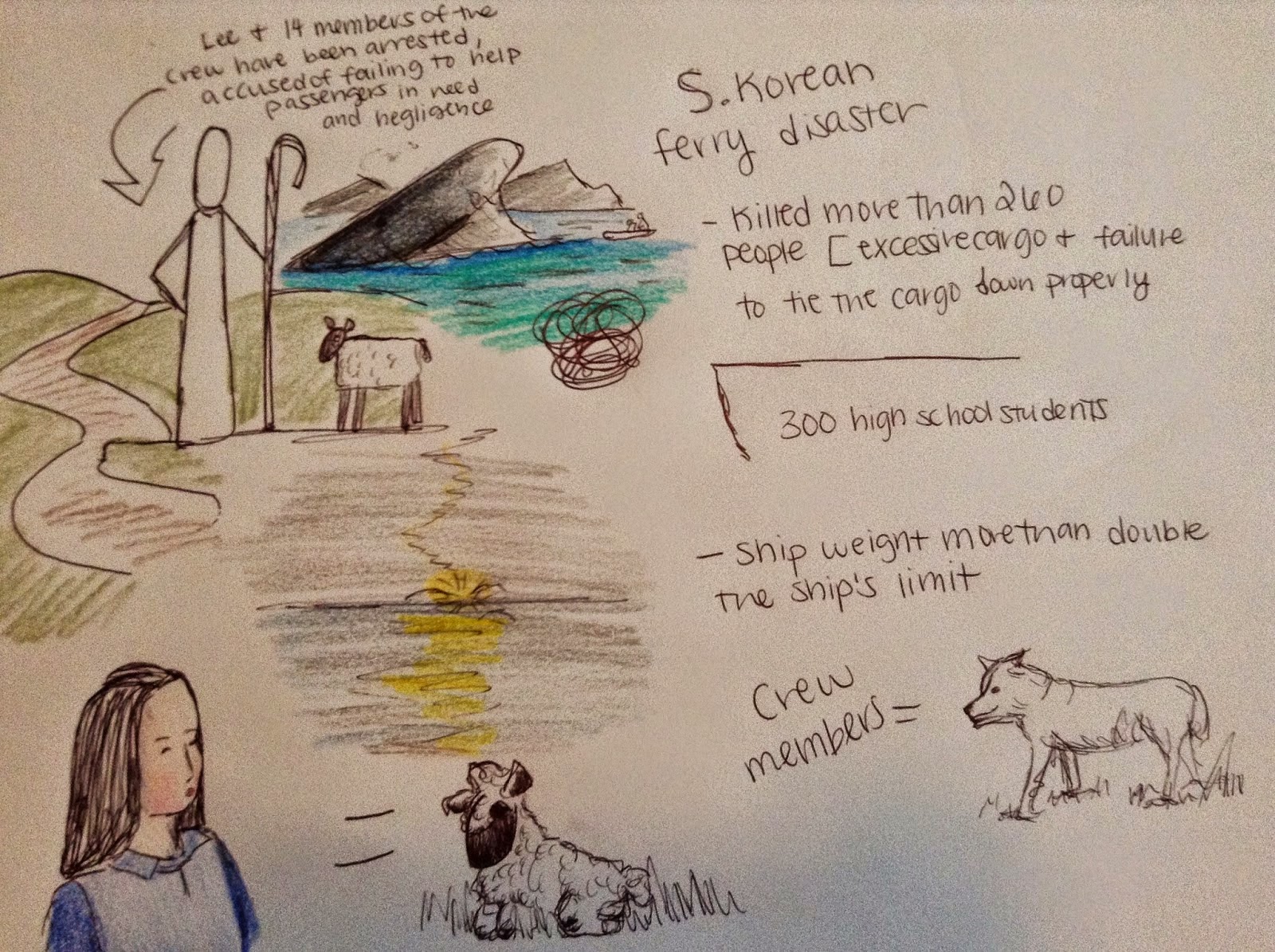 "My idea for this project was the South Korean ferry sinking. What struck me the most is that over 300 students died and the captain and crew members survived!  So I wanted to portray the part of the obedient high school students who listened to the crew and stayed on board rather than trying to escape and be rescued.  The students I made as sheep that were innocently following orders, and the captain and the crew to be wolves that only looked after themselves and risked the lives of others for personal gain." ~ Jessica 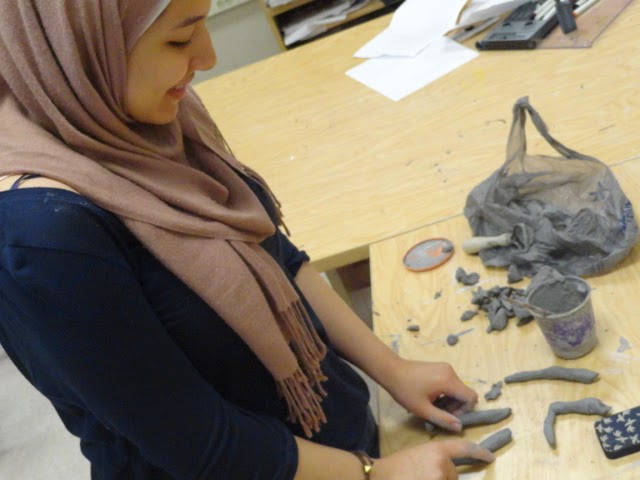 "I wanted to do something about my home country, Egypt. I decided to make a project involving the revolutions that have been going on for the past 4 years.  The past revolution put us back to the start if everything we had accomplished from the previous revolutions because it was for bad reasons. I decided to have a meaning behind a troubled man. First I would have the man breaking through a wall as if he had been trying to get through it for a long time. Secondly, while he is half out I want him to have face planted into a long pole as of he had been surprised of the outcome". ~Nora